A Guide to the Significance of the New Moon Phase

As the first phase of the moon cycle, the new moon phase holds special meaning for cultures around the world. It is often viewed as a symbol of new beginnings. This magical phase provides a reset where goals are renewed, desires are set, and new intentions are made.

During the new moon phase, the moon, the sun, and Earth are all on the same longitude line, resulting in the moon’s orbit being invisible from the Earth. However, just because the moon cannot be physically seen at this time does not diminish its power.

The moon’s energy has the power to control the ebbs and flows of the ocean and can even impact human behaviors. This is why in astronomy the energy of the new moon is regarded as such a highly influential force. When it comes to the spiritual aspects of the new moon, many people participate in new moon rituals where they may meditate on their personal desires, dreams and intentions. The energy of the new moon helps people grow spiritually as they seek out the moon’s healing energy. In this manner, the new moon is rich with symbolism and it represents a time of great self-awareness where hopes and visions for the future can be manifested.

Within the Hindu Calendar System

In Hindu culture, the first day of the Hindu lunar calendar system begins following the new moon. This day, known as Amavasya (“moon is not visible”), is considered to be a day a great power where good and evil is pondered. Many Hindus fast on this day and the new moon is seen as symbolic of when new projects can commence.

When a new moon falls on a Sunday and the Amavasya falls on a Monday, Amavasya Somvati is celebrated. This day is very important in the Hindu tradition because it is believed that fasting on this day will prevent widowhood, ensure childbearing to continue a lineage, and lead to fulfillment of one’s dreams and desires. 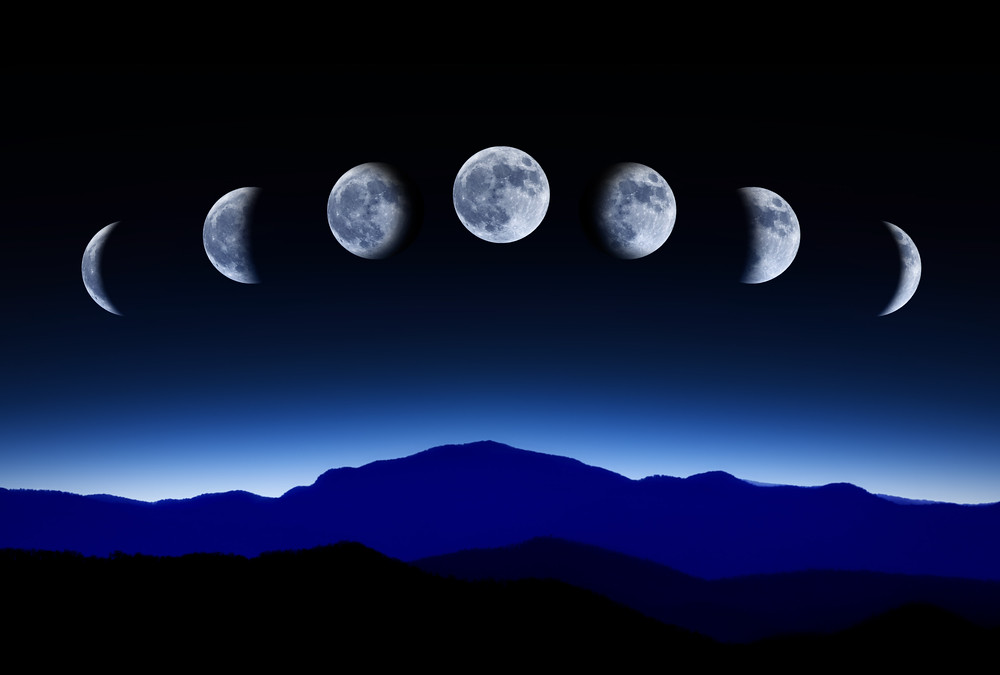 Within the Traditional Chinese Calendar System

Within the traditional Chinese calendar, the new moon phase, or the dark moon, represents the start of the calendar month which lasts roughly for 29 days. Chinese New Year is kickstarted by the first new moon of the year. During the Chinese New Year (which is also celebrated by many surrounding countries in Asia such as the Philippines, Thailand, and Malaysia), many traditional rituals and festivals are held where fireworks are lit, Buddhists abstain from eating meat, and elders and family members are celebrated, even those who have departed.

In Jewish and Islamic traditions, the new moon signifies the start of each new calendar month. Similar to the Chinese calendar, the Hebrew calendar also counts lunar months based on the full cycle of the moon’s phases. In the Islamic tradition, the calendar is more observational, meaning that the month starts when the new moon is actually observed. This means that it is not certain when some months will begin since they are based on when the new moon is observed in the sky.

All in all,the new moon is symbolic of many things depending on the culture. However, one thing remains certain—the new moon phase represents a fresh start for those who welcome it as an opportunity to celebrate new beginnings, to embark on life transitions, and to obtain spiritual healing from this moon’s massive positive energy.