Released March 1st, 1973 by the artist Pink Floyd, Dark Side of the Moon is the 8th studio album by the English rock band that has since reached infamy. On the vinyl version, each side of the record is a continuous piece of music that creates an experience that can’t reasonably be explained.

It’s a fantastic album, best suited to break in any new sound system with.

So, now that we’ve got that out of the way, let’s talk about the actual dark side of the moon, because this moon phase is a unique and mysterious thing all on its own. The way the moon moves around the Earth there is never a moon phase that isn’t the same face pointed at us. The part of the moon that faces away from us is sometimes referred to as “The Dark Side of The Moon”, even though that’s more of a misnomer. It’s more proper to refer to it as “the far side” of the moon, because it will face the Sun more than it will ever face the Earth.

While there isn’t a lot we know about the moon, and there’s even more speculation on that subject, there are some things we know about it for sure, starting with: 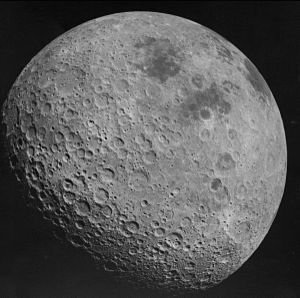 Sidebar: The Lunar maria are the large, dark, basaltic plains on the moon. They’re responsible for the “man on the moon” phenomenon that watches over us on Earth.

The lunar maria are typically formed from volcanic eruptions, which makes it even more interesting that they’re not spread more evenly across the surface.

While at first this explains the lack of lunar maria on the far side (as it’s much easier for basaltic lava to bubble up through to the surface if the crust is softer and more malleable) and it explains why the far side is much more pockmarked and cratered. The softer crust of the near side of the moon will have absorbed the impact better and evened out more so over time than the harder and far side of the moon would. But, this fact raises so many more questions and theories than it answers!

Why is the far side of the moon so different from the near side? Why is the crust so much thicker? We have no definitive answers on that one yet, but two very impressive theories/hypothesis have emerged in an attempt to explain this peculiarity about the mysterious moon phase. You can read a more thorough explanation and the theories themselves about this invisible moon phase here!

Fun Facts about the Far Side of the Moon 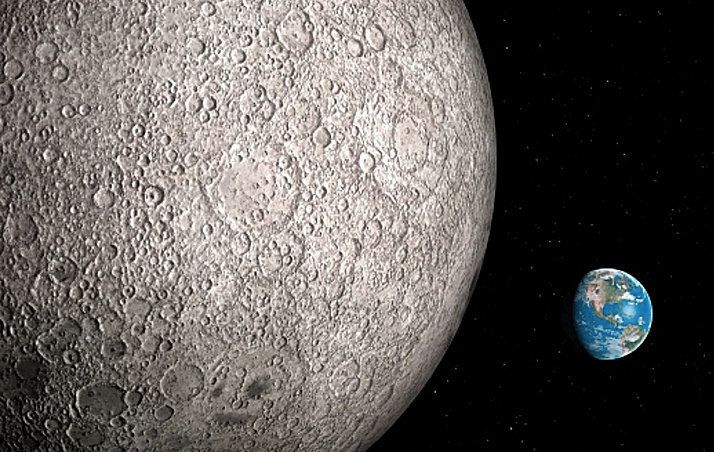 Conspiracy Theories About the Far Side of the Moon

From Aliens to weapons testing, there are no shortage to mysteries and conspiracy theories about the far side of the moon.

Aliens supposedly have bases all around the dark side of the moon, and they use it to monitor life and subtly influence humanity from their self-sustaining bases. All of the photos that have been released have been doctored, and all of the astronauts who have actually seen these bases have been threatened and influenced into keeping quiet about it.

There are other rumors that the soviets actually did make it to the moon, and tested out their nuclear weapons in space.

Bonus points for conspiracies that meld the two, the Russians were trying to nuke the aliens and were forced to stop when they turned their death ray towards Russia.