Those born on the first month of the calendar year hold a symbolic sentiment for the garnet, and, when designing a January birthstone necklace, this berry-red gem should play prominently. While some may think that the garnet gem looks a little like holiday holly berries, the gemstone’s name actually was derived with another fruit in mind. The name garnet comes from the Latin word for pomegranate, because the garnet so closely resembles the fruit’s seeds.

The symbolic beauty of the garnet has been cherished for millennia. Garnets have been worn and treasured by many ancient civilizations including the Egyptians, Aztecs, Mayans and Native American Indians.  Garnets were also used in Rome as the gemstone of choice in ringsthat were used to seal documents.

While red is the most familiar color of garnet, this gemstone actually comes in a variety of colors.The gemstone Tsavorite is actually a green garnet, and is rarer that its red relative. As a garnet’s color varies, so, too, does the stone’s meaning. Tsavorite is often associated with prosperity…and inner beauty.

The traditional red garnet is the gemstone that most January birthday celebrants often hold as their garnet of choice. Red garnets are known for their healing or purification energies and may even help with nightmares. While the pomegranate has often symbolized fertility, the red garnet is associated with passion.

Pair a garnet pendant with a symbolic moon phase charm that represents your birth date (or the birthday of a loved one…if it’s a gift!). For a modern January birthstone necklace, choose a pendant that features the entire zodiac surrounding a moon phase and accentuated with a tiny garnet. Or design a dual chained necklace that includes the moon phase charm with a separate chain that holds a garnet charm.

For an amazing halo effect around a glowing moon phase charm, choose a style that offers an infinite circle of garnets. The red garnet halo also creates an almost gothic, but glamorous, style.

For a simple January birthstone necklace, choose a solitaire garnet pendant. If you love layering necklaces, opt for a shorter chain so the pendant hits near the base of the throat, and then pair the shorter necklace with chains of variant lengths. With a solitaire necklace, you also can get creative with the garnet’s shape and cut. Like most gemstones, garnets can be cut into round, princess, emerald, trillion, pear or marquise shapes.  Choose a shape that fits your look and style. Trillion (that’s a triangle cut) adds a fun and unique statement, while a round cut is more traditional. 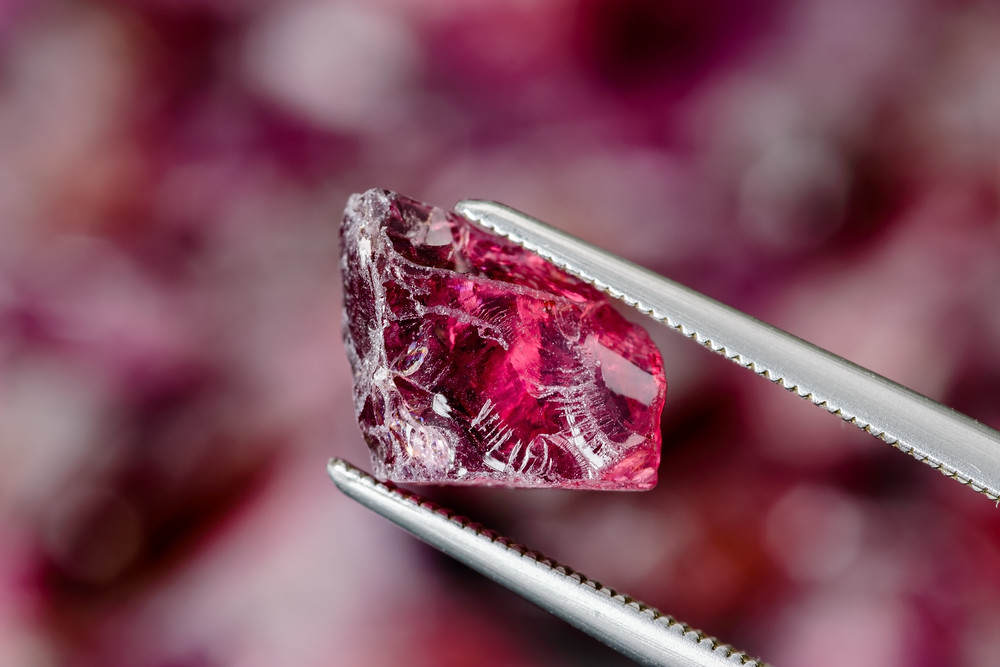 You don’t have to choose a prim and polished garnet. You can opt for a rough cut crystal and rock a boho look. Hang a rough garnet from a leather cord or a satin black cord. You may even find an obelisk cut garnet for a unique talisman.