Have you ever wondered how the phases of the moon got their unique names? While there are some names that are easy to understand, there are others that may leave you scratching your head with curiosity. The full moon, for instance, gets its name because it is fully visible in the sky. The crescent moon gets its name because of its distinct crest-like or arc shape. But what about the other not-so-common names like new, waxing, waning, gibbous, or blue—where did those come from? Here are some cool explanations on how thesepeculiar names for the moon phases came to be and just what they mean.

The new moon phase is the beginning of the moon’s 29.5-day cycle. During this phase the moon and the sun are at the same longitude, resulting in a unique experience because at this time the moon lacks illumination and appears invisible in the night sky.

So why exactly is this phase not referred to as the “invisible” moon or the “dark” moon perhaps? When it comes to thesignificance of the new moon phaseand its unique name, the word “new” refers to new beginnings. In many traditions around the world, the new moon phase signifies a time where people set new goals, refresh their direction, and look forward to new possibilities in their life.

A waning moon is one that is decreasing in size as it progresses towards the new moon phase. The terms waning and waxing came about around the same time in 970 AD and are two terms that have historically gone hand-in-hand. The term waxing, by definition, refers to growth. When it comes to the moon, waxing is associated with the moon getting closer to the full moon phase. Therefore, a waxing moon is one that is growing and increasing in size.

Regardingmoon name history and origin, these Old English terms came about in relation to the crescent moon phases. For instance, at one point it was quite common to refer to waning and waxing as decrescent, but as time went on, this term began to fall out of grace and instead became what is known as today’s “waning and waxing”.

The gibbous moon is the phase either between first quarter and full moon or between the full moon and the last quarter. Gibbous, by definition, means convex, or rounded. In appearance, a gibbous moon is one that has passed a semi-circle. As such, a gibbous moon can be both waning or waxing as it increases and decreases during the moon’s full cycle, while always remaining at less than half illumination. An interesting gibbous moon fact is that this term originates from the Latin word gibbosus, meaning humpbacked. As such, we can see how this interesting moon shape earned its one-of-a-kind name. 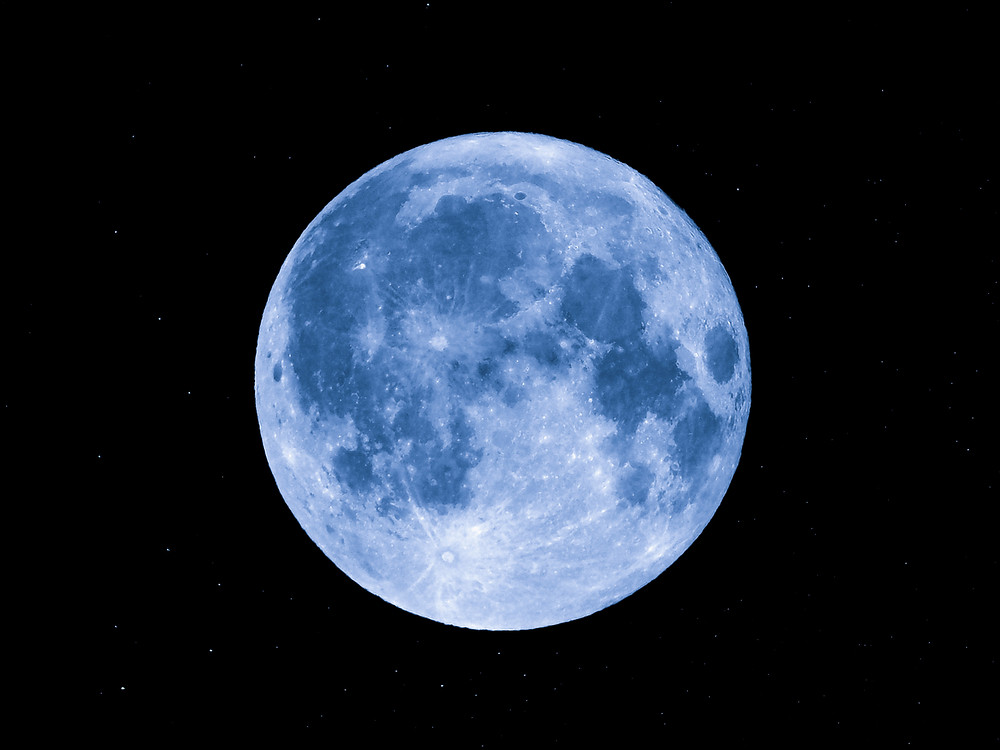 But what about the phrase “once in a blue moon”? Interestingly enough, the blue moon is an actual phenomenon (even though the moon does not actually turn blue in color). This rare occasion happens when there is an extra full moon in either a calendar month or season. The expression itself refers to something that does not happen very often.

But why the color blue? Well, this question is still unanswered even though some would argue that the moon has indeed appeared bluish in color on some occasions. However, historians do agree that the term “once in a blue moon” was coined as far back as the 16th Century when Henry VIII’s advisor used it rhetorically. From that time on it continued to evolve, gaining widespread popularity in the 19th century. What a strange moniker indeed!

So, if you have you ever wondered where the moon’s phases names came from, now you know! The names of the moon have a rich history and are symbolic in many cultures and the moon phase calendar has been around through history. Their meanings are varied, making them all the more interesting as we enjoy their changes across the night sky.