We’re obsessed with everything Moon here at Moonglow! We’ve already created a list of the best songs about the moon that you’ve got to listen to, brace yourselves for the top 15 movies about the moon you need to see!

You’ve got to have the right stuff to be an astronaut. This move, adapted from the Tom Wolfe book, narrates the times and trials of the original test pilots who created the space flight capable engines.

Staring the voice of Kevin Spacey and the delightful Sam Rockwell, this is a gripping and thrilling narrative about a man alone on the moon. Well…hopefully he’s alone.

3. First Men in the Moon

The BBC adaption of the HG Wells novel set 60 years before the Apollo 11 mission to the moon, a pair of British Outcasts make the trip themselves in a homemade device. In true HG Wells fashion, the story takes a bit of a turn when they discover that all isn’t what it seems up there…

4. Transformer’s 3: The Dark of the Moon

Yes, this movie has been lauded as one of the biggest Hollywood “whyyyy?” movies to date, but it makes the list for the huge plot point involving the moon, as well as the Buzz Aldrin cameo, makes this movie rather special to us.

The first Wallace and Gromit adventure ever! This Emmy-nominated 23 minute flick follows these beloved characters from a simple picnic (which suddenly runs out of cheese) straight to the moon! Seriously, if you haven’t had a chance to see this delightful animation yet, find it today!

6. AUSTIN POWERS: THE SPY WHO SHAGGED ME

The second installment in the Austin Power’s series, features the “rather rude” Dr. Evil and his “rather impressive” and very shiny base on the moon. This installment of Austin Powers is just as hilarious as the first, and a personal favorite on my movie shelf.

1969 this movie came out, featuring Gregory Peck and Gene Hackman caught in-between a space station, and earth. It’s a compelling movie with an objectively brilliant cast and a plot that eerily enough echoed the Apollo 13 mishap that happened barely a year later! 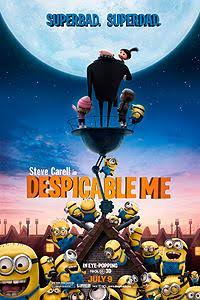 This one may not be a memorable number on the list, but it certainly is a memorable movie. A combination of clever writing, intriguing characters, and an over-the top plot to steel the moon turns this villain into the hero of our hearts!

James Bond at his best. It’s campy and fun, with one of the best references to the moon ever. While on the run, Sean Connery (as James Bond) runs through the stage being used to fake the moon landing!

“Houston, we have a problem.” This 1995 film chronicles the true story of the Apollo 13 mission to the moon, but after an oxygen take explodes they have to abort the mission and return to Earth.

One of the first 3D masterpieces, and directed by Tom Hanks, this documentary was produced specifically for the IMAX stage. It combines actual moon landing footage with stunning CGI, and amazing narrations to be a master documentary.

The bizarre plot of this 2012 film made it instant cult-classic fodder. Picture this: on the brink of defeat the Nazi’s took to the cosmos and built a base on the moon. There they waited, hidden in plain sight, for all to miss.

A feature length documentary, filmed at the time of events. Follows the Apollo 11 mission from it’s conception to it’s execution. It was nearly forgotten until 2007, when it was re-released and then shared with the whole world under the public domain.

Since it’s in the public domain, you can watch this whole movie right here!

By far the most famous piece of science fiction to date, the 2001: A Space Odyssey isn’t really about the moon, but it looms over the entire plot the way the moon looms over us all during the night. It’s not just a cult classic, but a classic for anyone, not just science fiction lovers.

A screenplay by the Science fiction genius HG Wells, this 1936 marvel takes you on a brilliant trek through the future, where all kinds of creative and out-worldly travel goes on.

This movie gets by on the crazy chemistry between Nicholas Cage and Cher’s characters. The result is a one of a kind romantic comedy about how imperfect people are, but how perfect and magical the moon is.

Man on the Moon 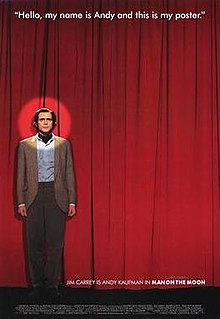 While Andy Kauffman never set foot on the moon himself, the biographic movie about his life and comedy career is as endearing as the man on the moon himself. Jim Carrey and Danny DeVito pair off with remarkable chemistry, and an awful lot of heart.

This short film is probably one of the most amazing spectacles from the silent movie era. Every frame was painstakingly painted by Georges Méliès and his friends by hand. The fact that this film has survived into the digital age is a miracle in itself! The 14 minute masterpiece is a testament to creativity, and ingenuity.

The only way to truly understand, is to experience it yourself.