Proceed to Checkout
Back to store

Each month of the year is assigned its own birthstone, and August is no exception to that rule. In fact, August has three birthstones assigned to it. While each individual month’s stones have specific meanings, they all differ from one another, possessing different histories and origins, and carrying with them their own characteristics. In this article, we will explore what an August birthstone necklace - in peridot, sardonyx, and spinel - means and signifies.

August’s birthstones have different histories and origins. First, the exact origin of peridot is unclear. However, most experts agree that the name of the gem comes from the Arabic word “faridat”, meaning “gem”, while a select few believe it is derived from the Greek word “peridona,” which means “giving plenty”. Peridot dates back to the second millennium BC, where these stones were resurrected from deposits on a small volcanic island in the Red Sea called Topazios by ancient Egyptians. They referred to this gem as “the gem of the sun” because of their belief that it protected those who wore it from terrors during the night. It was also believed that it harnessed the power of nature.

Sardonyx originated more than 4,000 years ago during the time of the Second Dynasty of Egypt. It was believed to harness the bravery of heroes such as Hercules and Mars, and thus ancient Greeks and Romans went to battle wearing these gems as talismans. This was also a popular stone during the Renaissance as it was associated with not only eloquence but with clear communication and thinking.

Finally, spinel has an interesting history, as it was consistently confused with rubies and sapphires because of its similar appearance. These gems came from mines in central and Southeast Asia, called “Balas rubies”. These were valued by emperors and kings. Even English monarchs, including Henry VIII, possessed prize spinels.

Each of these birthstones have a different meaning and significance. The lime glow of a peridot gem is known to signify and facilitate transformation and is regarded as being helpful to individuals recovering from addictions. Additionally, peridot is known for helping to release nervous tension and to alleviate fear, guilt, anxiety, and impatience. It can relieve emotions such as jealousy or self doubt while empowering forgiveness in its wearers.

Aesthetically, sardonyx boasts a reddish zebra-striped stone with white bands. It is another stone that can help to affect one’s emotions and behaviors, as it is known to boost self confidence and to embody happiness and the feeling of optimism. This gem possesses metaphysical properties as well, which encourage motivation, will power, discipline, self control, and strength of character. All of these qualities make this a stone that is regarded as helpful to wear for studying or in a job that requires a high level of mental discipline.

Spinel was recently added as an August birthstone and it has a similar aesthetic to the ruby. This stone can bring a higher level of energy to its wearer and is known to attract money, wealth, prosperity, and power. It is also considered a spiritual stone that can help its wearer travel towards his or her ultimate destiny. 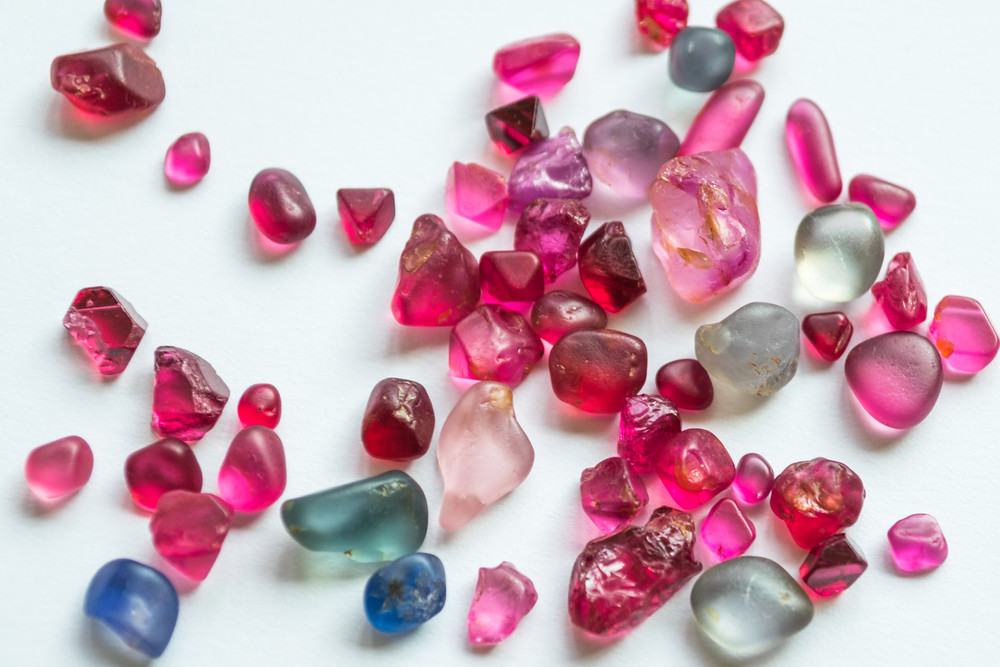 Characteristics of an August Birthstone Necklace

Wearing an August birthstone necklace can inspire many feelings, energies, and healing properties - no matter which of the three gems you choose! Not only are these stones beautiful, but they have built-in benefits to them, making them an even more appealing choice.